HOUSTON—For the past several months, the International Department and the Peace and Solidarity Commission of the Communist Party USA have been working to organize the first ever international conference hosted by the CPUSA, occurring on the weekend of September 10th and 11th. 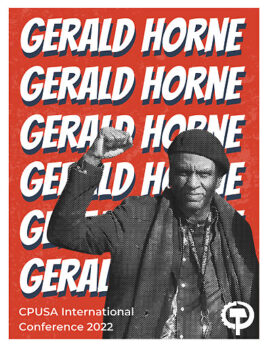 The conference comes at a very important and dynamic time. U.S. imperialism is on the march around the globe. The looming end of the unipolar world order is causing much distress among the ruling class, and they are desperate to preserve their power. Whether it’s through the expansion of NATO into Eastern Europe, the continued illegal embargo of Cuba, the constant threats to China, or the increased military interference in Africa, this battle is being fought on all fronts.
At this event, the party hopes to bring together comrades from around the world to present on imperialism in the 21st century and what can be done to dismantle it. In this time of rising multipolarity and the decline of Western hegemony, it remains crucial to recognize the necessity of internationalism and solidarity. Analysis of current events must take into account the relationships between the imperialist United States and the nations it considers its adversaries.
The conveners of the conference hope the event will inspire those within and outside the CPUSA to organize in their communities and strengthen the anti-imperialist and peace movement so that the opportunities of this historic period of change do not slip by. 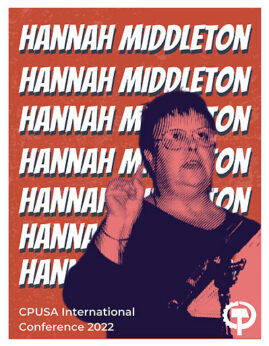 The program schedule includes presentations from both individuals and groups with the CPUSA and others from fraternal parties and organizations around the world. Various committees of the CPUSA’s Peace and Solidarity Commission will discuss the current status of U.S. imperialism throughout the world, with reports on Palestine and the fading influence of the U.S. in Latin and South America. The Media Team is assembling several video presentations, including one on the history of communist internationalism, another featuring CPUSA members discussing what internationalism means to them, a special video from SecondThought, and several more from Hello Comrade and other international programs.
The CPUSA will also host speakers and presentations from other organizations and fraternal parties from around the world. The first confirmed keynote speaker will be Dr. Gerald Horne, the Moore Professor of History and African-American Studies at the University of Houston, and prolific author of over 30 books that discuss the influence of racism and capitalism on relations within the United States and international relations between the U.S. and other nations.
There will also be a presentation by Dr. Hannah Middleton, on behalf of the Communist Party of Australia, on the imperialist AUKUS military alliance and the expansion of NATO into the Indo-Pacific to threaten China.
Additionally, presentations will be heard from many fraternal parties, including the Communist Party of Swaziland, the Communist Party of Bohemia and Moravia, the Communist Party of Chile, and others. Confirmations and greetings from several other parties are still expected, and a more detailed program will be released before the conference.
It is an important moment in the anti-imperialist movement’s history, and all are welcome to attend and observe this conference. Register for the Zoom Webinar here.
People’s World is a voice for progressive change and socialism in the United States. It provides news and analysis of, by, and for the labor and democratic movements to our readers across the country and around the world. People’s World traces its lineage to the Daily Worker newspaper, founded by communists, socialists, union members, and other activists in Chicago in 1924.
Beware the U.S. backed ‘Asian NATO’
Manuel Tiago’s ‘Eulalia’s House’ translator reflects on one of his best…
Indiana organizers meet to strategize Medicare for All fight
comments
Children as young as 12 working in Hyundai-owned plant in Alabama
Free college was once the norm all over America
95,000 more jobs are lost
Jazz in the Dominican Republic—and the Jewish connection
Workers cite awful conditions inside Amazon’s monstrous Staten Island fulfillment center