Marshall made national headlines yesterday, defeating #8 Notre Dame 26-21, improving to 2-0 on the season.
NC State is 5-0 all-time against the Thundering Herd. Four out of the five games have been held in Raleigh.

With the addition of Marshall, here’s a look at the Wolfpack’s 2023 non-conference opponents.
@UCONN
VMI
Notre Dame
Marshall


Matthew is Co-Owner of Pack Insider. He writes for all sports, with a focus on football and recruiting, and is in charge of business strategy. He is an NC State alum who majored in business. Matthew is also the lead pastor of The Point Church in Cary, NC.
Published
on
By
NC State’s Football team has released their Depth Chart for this Saturday’s game vs. Texas Tech at home at 7pm. 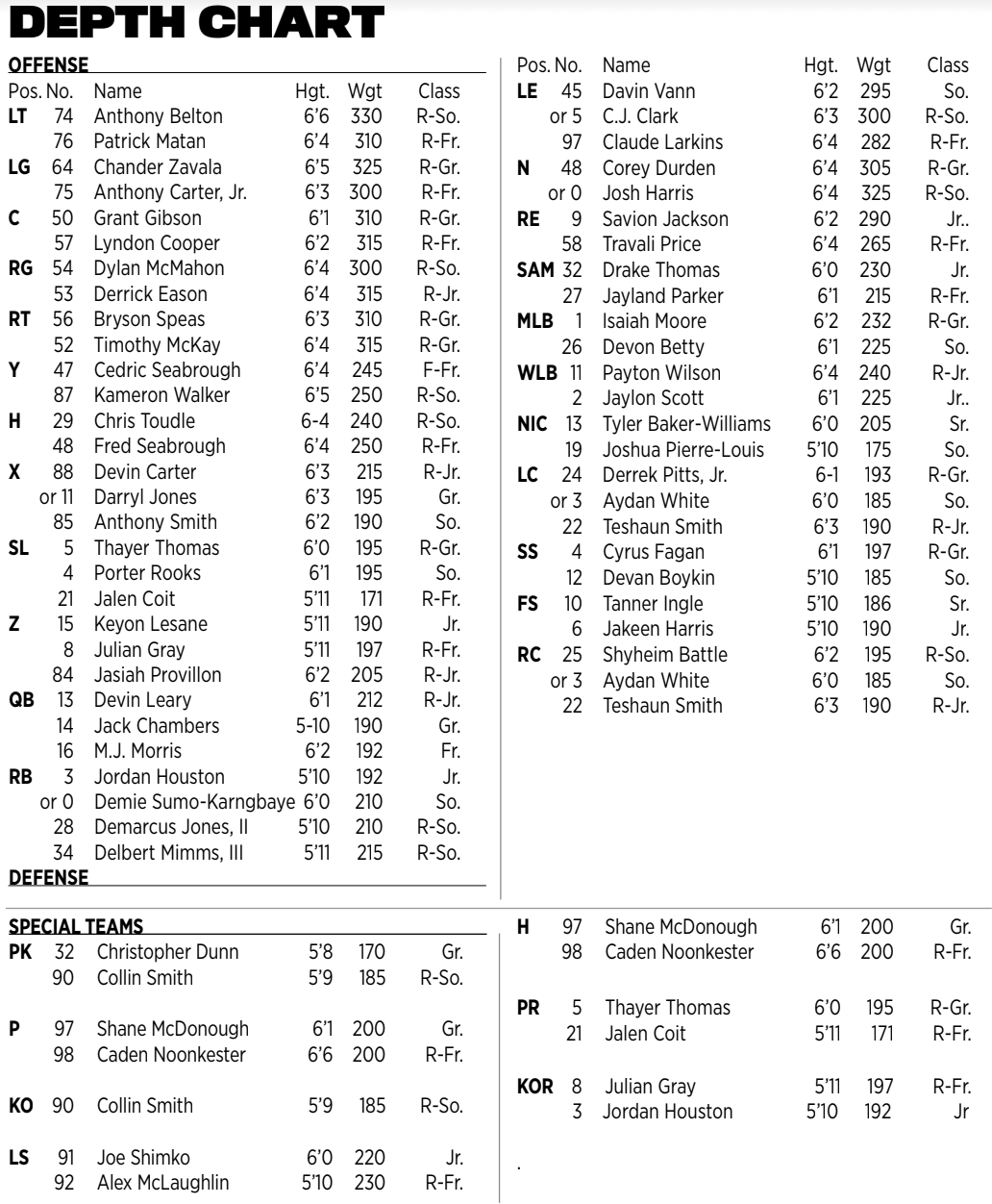 There are no notes to share, considering the depth chart is identical to last weeks Depth Chart vs. Charleston Southern.